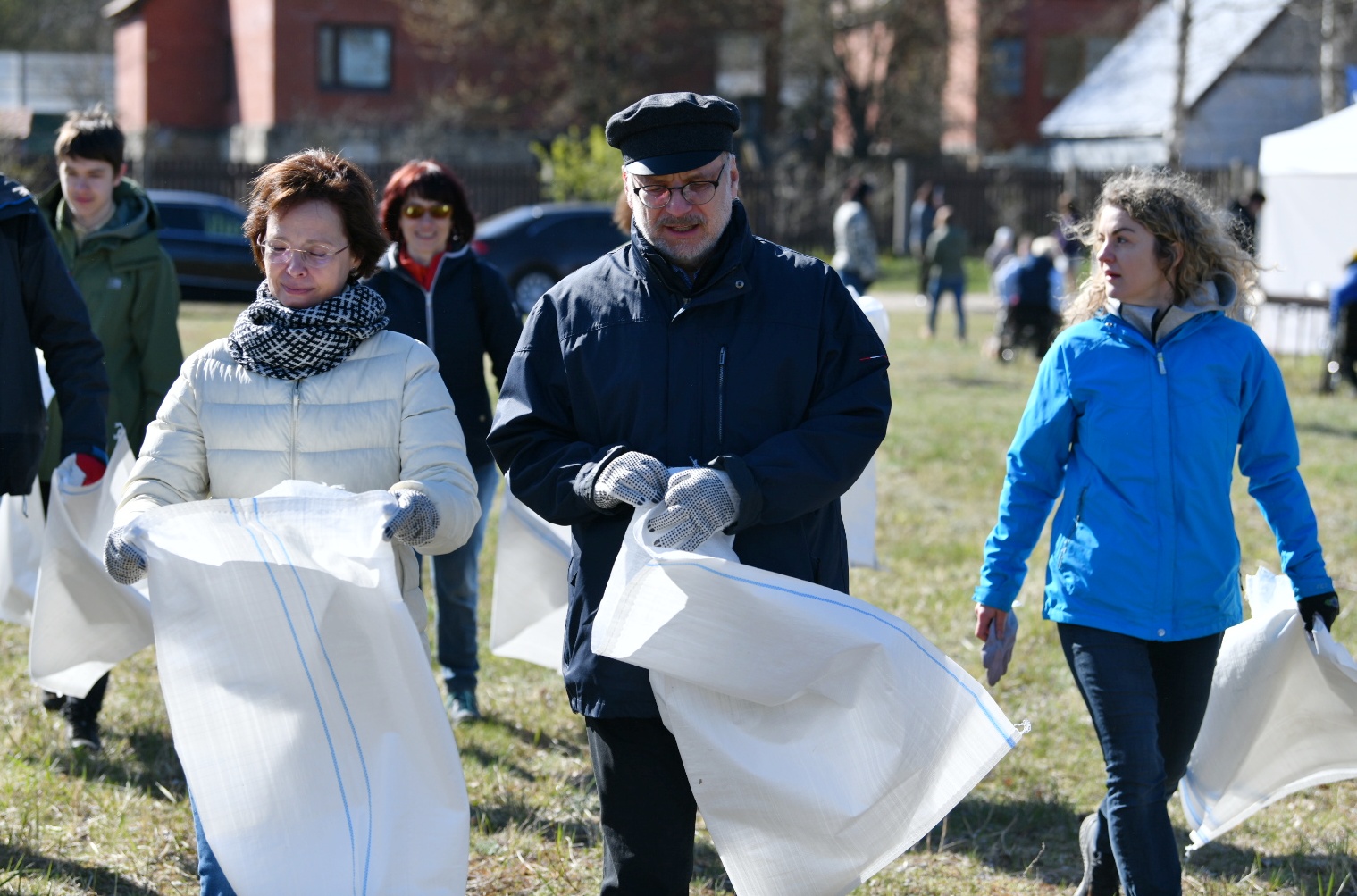 On April 30 of this year, the Big Cleanup took place in Latvia for the 15th time. Summarizing the data registered during the Big Cleanup, a total of 1214 cleanup sites were applied for – 1001 public waste collection and improvement cleanups, 213 SOLO cleanups, which include DUO and family cleanups. As part of the Cleanup, almost 90,000 SOLO cleanup bags were distributed with the support of Rimi by the day of the Cleanup, while more than 300,000 cleanup bags were delivered to municipalities.

This year, celebrating the 15th anniversary of the Big Cleanup, it was possible to return to the original format of the Cleanup – public cleanups, which have been limited in recent years. In total, 1001 public cleanups were applied for, 745 of which were waste collection cleanups and 426 – improvement cleanups (including waste collection and improvement cleanups combined). In turn, 213 SOLO cleanups were officially registered. It should be noted that the Big Cleanup has become an integral part of the spring traditions, but not all participants register their cleanup sites, so the exact number of participants is unknown. According to the data compiled by Rimi Latvia, this year almost 90 thousand SOLO cleanup bags were distributed to SOLO cleaners, which is one third more than last year. In turn, more than 300,000 cleanup bags were delivered to municipalities.

“In order to encourage the involvement of the people in the care for the cleanness and sustainability of the environment, it is important that this process is convenient and easily accessible. We are pleased that this year Rimi Latvia had the opportunity to provide a simple, customized system for receiving SOLO cleanup bags. In total, almost 90 thousand SOLO cleanup bags were distributed throughout Latvia, which confirms that the Big Cleanup is still a significant tradition for the people of our country, and caring for the environment is an important part of everyday life for a large part of society,” says Juris Šleiers, Rimi Latvia Public Relations Manager.

According to the map of the cleanup sites applied for, this year increased activity of cleaners has been in the Pierīga Region and Latgale. One of the long-term partners of the Big Cleanup is SIA Getliņi EKO, who provided waste reception in 11 Pierīga municipalities – Riga, Ādaži, Bauska, Ķekava, Mārupe, Ogre, Olaine, Ropaži, Salaspils, Saulkrasti and Sigulda, as part of this year’s Cleanup. According to Imants Stirāns, Chairman of the Board of SIA Getliņi EKO, this year 130.47 tons of waste collected during the Big Cleanup from nine municipalities was received at the Getliņi landfill. In terms of the amount of the cleanup waste brought in, the most active have been Ropaži, Riga and Sigulda municipalities.

Vita Jaunzeme, Head of the Big Cleanup, states: “Celebrating the 15th anniversary of the Big Cleanup, it is a great pleasure that people are willing to participate in making Latvia greener and tidier – both in a wider group and individually. It is safe to say that the Cleanup has become an integral part of spring traditions. Over the years, we have realized that it is important to give people the opportunity to participate in activities in a format that is convenient and enjoyable for them, and now we have achieved that. Although mostly waste collection activities are organized during the Cleanup and the amount of collected waste is large, improvement cleanups are also still relevant, within the framework of which public areas are improved and landscaped, which is a valuable long-term investment. I believe that by continuing to purposefully educate the public, we will be able to focus more on the issues of improvement and landscaping of the environment.”

About the Big Cleanup: The Big Cleanup is a non-governmental movement in Latvia, that since 2008, has not only been organising cleanups and landscaping events throughout the country, but has also implemented various projects to educate the public on environmental issues. The President of Latvia is the patron of the Big Cleanup, making Latvia one of the first countries in the world to have such a high level of state support for environmental activities. In August 2019, the patronage was taken over by the President of Latvia, Egils Levits.

See you at the World Cleanup Day on 17 September!